Mariupol: The Theatre of War.
aka - The Ukraine Paradox: A Superpower Superposition?

This image shows the amount of detail in a small section blown up to 6m x 2m
There are some written details about this piece underneath the image should you be interested. 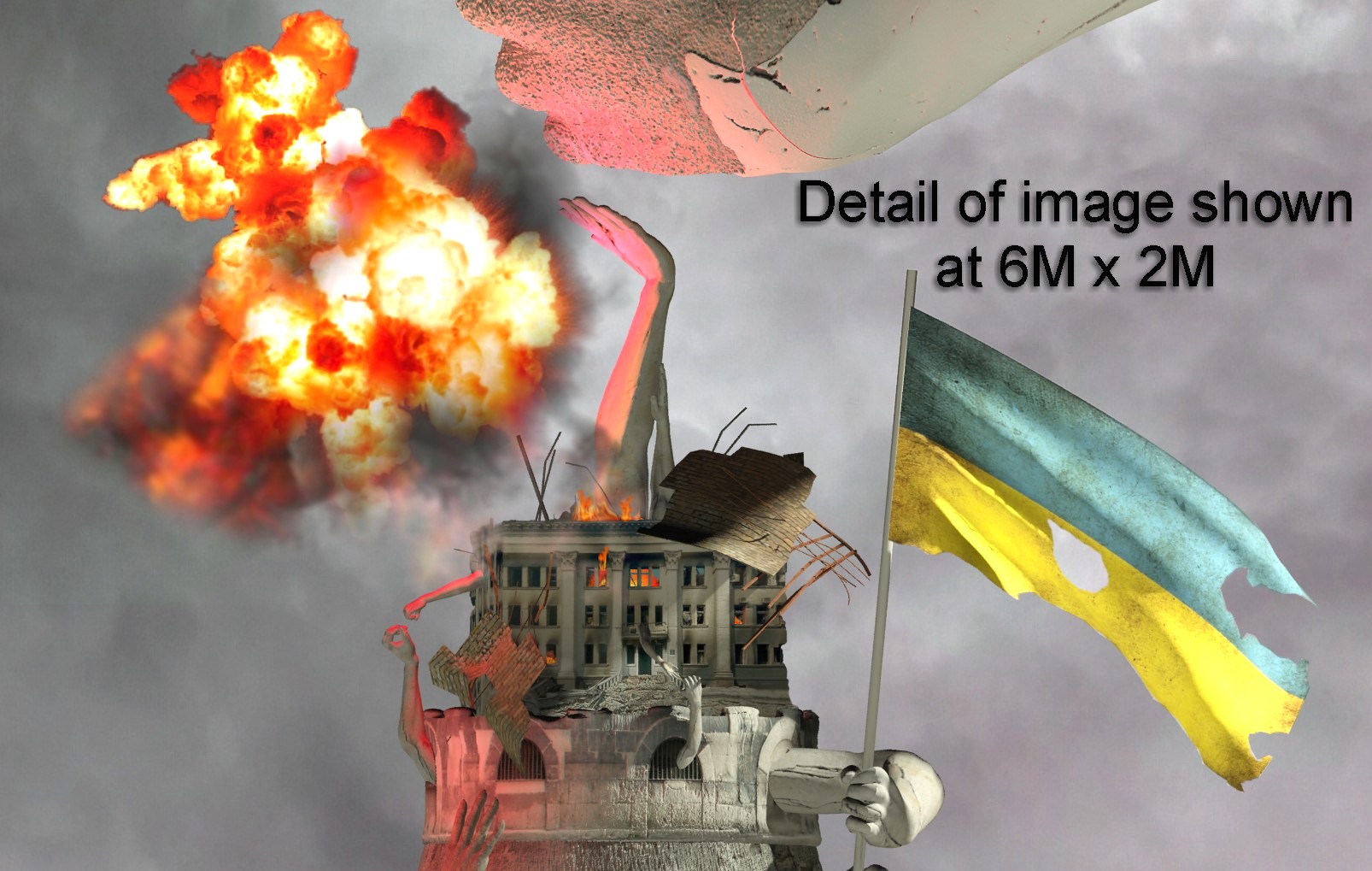